Eddie the clown is a character of Walibi Holland. He was introduced in 2007 as the replacement for Dr. shock. In this presentation, Dr. shock brought him to life, as it were, by sacrificing his own life. It was such a great success that Eddie already had his first movie to catch in 2018. Every year, Halloween fright nights feature a new show. Here the visitors are challenged to undergo their own nightmares. Of course, for this they need the necessary special effects. Usually fireworks are also used during the show. Every year the shows become more spectacular. Today Eddie is really the symbol for horror in the Netherlands. If you want to admire him you will have to look on YouTube or visit Walibi.

What do we know about Eddie the clown?

Eddie the clown is the brother of Jack the clown Schmidt from America. The Eddie character first appeared in America in 2000. Because of its great success, he also came to Walibi in the Netherlands in 2007. There, Doctor Shock was replaced by this popular horror clown. Because it is such a great success he also has his own YouTube channel since 2017. He has also been given a full area in the park so visitors know exactly where to find him. During Halloween fright night, he will make visitors' worst nightmares come true. The area is also equipped with a nice drink and some food. Because there are a lot of people, there are several food trucks and a bar. In addition, of course, he is supported by several other characters. There is also a super scary abandoned bumper car attraction that will scare the crap out of you.

Where can you find it?

Eddie the clown played by Rudy Hellewegen can be found at a separate location during the Halloween fright night at Walibi. This area is also equipped with other characters and attractions that will scare you. Eddie can move freely through the area making it a quest to find him. Usually you will see a group of people standing around him so you know where he is.

Since 2018 he also has his own roast show in which he takes visitors by surprise. Fate decides what happens to the visitors so it's always a surprise. There is even a Scare zone made for it in the park where you can find him. You can also eat and drink at this location. The scare of your life should also be able to unwind with a nice drink and eating from the different food trucks that are there. At this location you will also find haunted houses and other frightening attractions. You can also visit these outside of Halloween.

Fuss about Eddie the clown

A lot of fuss has been made in 2021 where Eddie the clown scares the crap out of a Turkish boy. Videos have also appeared of a girl where he makes an inappropriate comment about the deceased parents. However, this was just a misplaced joke. In fact, Eddie asked the girl how many followers her parents were because she had 33,000 followers. The girl replied that her parents had passed away to which Eddie joked that they were therefore no longer following her.

Every year, these kinds of videos appear on social media and video channels. However, visitors should also know that this is part of the character. After all, it's not for nothing that he has his own roast show in which he also takes on Dutch celebrities. It is not that he uses coarse language, but only the occasional inappropriate comment. You can't expect a horror clown to be friendly.

The story behind Eddie the clown

Eddie the clown is a terrifying horror clown who has been on display at Walibi during Halloween for more than 15 years. He takes visitors through the entire scare zone of the park. In the process, he also takes them for a ride. This can be by having a conversation with misplaced jokes. However, he can also make your worst nightmares come true. Together with the other characters and special effects he provides a real horror experience. Beware of the army of demons that can appear just like that. Fate determines what happens to you when Eddie has chosen you. Know what you're getting into because it can haunt you into your dreams. However, it is the real Halloween experience when you have been to this festival.

Who plays this role?

The role of Eddie the clown is played by Rudy Hellewegen. His parents were very shocked at first by the new role he was going to take on. He continues to surprise you with the new possibilities that are available to make your nightmares come true. Rudy is very happy that he got the chance to play this role. You have all the freedom, as it were, to scare the hell out of the visitors. What's even better is that you get paid well for this. You also have all the freedom so that no day is the same during the Halloween fright nights.

In 2011 he had become enchanted and super sweet to visitors. This was totally unsuccessful and he was then cured again by Professor Mortis. At the end of the fright nights of that moment he became again the terrifying clown that the visitors are used to.

Why did Walibi choose Eddie the clown?

Walibi Netherlands has copied the success of Eddie the clown in America. It took them 7 years to find the successful clown in the Netherlands. This has not only had to do with finding the right person for the role. But it took a lot of time and effort with the special effects and creating a large area for him to move around in. The years that followed were so successful that Eddie got his own Roast show. They also made sure that there was plenty of food and drink for the visitors. In addition, more demons and terrifying characters have been added. Every year they create a new show to keep it interesting for visitors to come.

What makes Eddie the clown such a success?

Eddie the clown has become a success in America. During the introduction of this character it quickly became apparent that people liked it. It is as if you are in a horror movie and you never know what to expect. The visitors put their fate in Eddie's hands and he determines what will happen. So it remains surprising even if you go several days. In the Netherlands, Halloween is also becoming increasingly popular. Therefore, the park in the Netherlands has also chosen to develop a special zone for him.

How did it come about

Eddie the clown is the brother of Jack the serial killer from previous years. Like him, he has a bad sense of humor that causes a lot of fuss online. It's not that he's discriminating, but the humor often goes just over the edge. He is also a real sadist who likes to see blood flow. In a humorous way, he kills many people. Of course this is not real, but as a visitor you do experience it lifelike. There is also a spooky bumper car attraction where the demon friends of Eddie haunt. There is also a haunted house where you can encounter them. Even though you know what can happen it remains truly terrifying. Eddie's live shows are different every day so the unexpected reality can happen.

The call of Eddie the clown

In 2021 Eddie the clown has announced his new show. You can see him in the dark clouds that look terrifying where he challenges you to come by in October. The 21st edition has also been successful with 11 sold out nights. All the lights around you go out and you have no idea what is happening around you. Only when Eddie or the other characters come around you see that a spot is lit up. This year he has packed his things because developments are going too fast for him. However, he hasn't really left of course.

There are several haunted houses that are made even more exciting during these days. There are also witches lurking in the woods where they were actually eradicated in 1692. All evil has an origin and you will learn a lot about this during your visit to Walibi. It is a total experience where you also learn information. Most people forget this quickly because of the fear they experience during this trip. That's why it's even more fun to come back next year. Of course, there are also bloodthirsty zombies to be found in the park. You can also dine in a bloody hospital, but beware zombies and mutilated people may just appear.

Enjoy a whole weekend of Eddie the Clown

Because fate is in the hands of Eddie the clown, no two days are the same. This is why many people stay overnight at Walibi. The shows are always identical and Eddie always picks someone else. In addition, nightmares of people are never identical so something different always happens. There are also people who do not get to everything during the first night. They want the next evening or evenings still admire the rest. Of course it can also be that you can't stand the fears so well that you have to go to bed on time. Then you can recharge yourself for the next day and have terrifying adventures again.

Why do people go here?

Halloween is becoming increasingly popular in the Netherlands where a visit to the show of Eddie the clown is a necessity. It is the ultimate experience for people who love this celebration. Every year is different and no day is the same. Eddie makes you grope in the dark during the 2021 show. So it will be even more exciting than the previous years because you won't see anything coming. It's definitely worth a visit!

The future of Eddie the clown

Eddie the clown will be seen at Walibi for decades to come. He is the brother of Jack and has the same thoughts. Every year there is a new show in which the special effects and characters become even better. In addition, Rudy Hellewegen does not yet feel like quitting. It always causes a bit of a fuss in society but this is part of it. A horror clown is not complete without sadistic jokes and remarks. This is part of the Halloween experience and it can be hurtful, but you know what you are getting into when you go here. To keep things exciting, there is a different theme every year that keeps visitors surprised. There are even fans who keep coming back from the first show.

What is the construction CLA 2021?

What is a Cup with a straw? 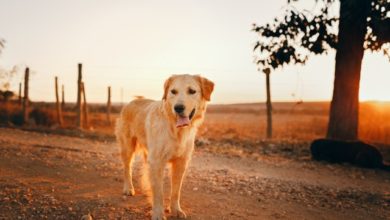 Why buy from a recognized golden retriever breeder? 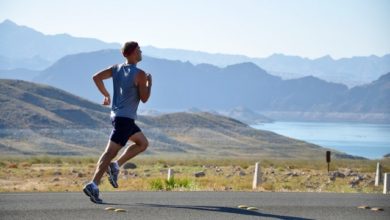 What is the Youth Fund for Sport and Culture? 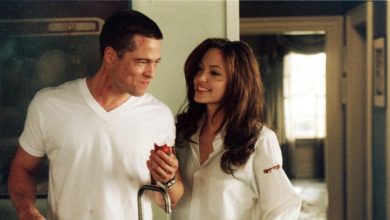 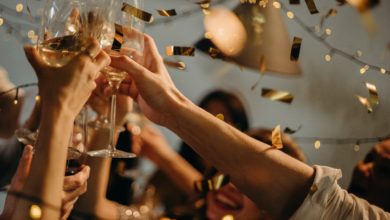 The champagne color as an addition to your interior 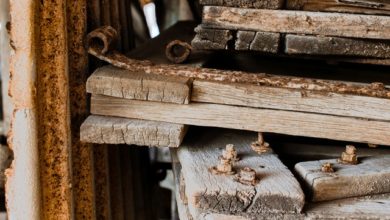 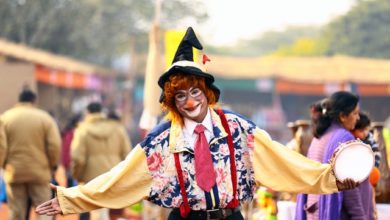 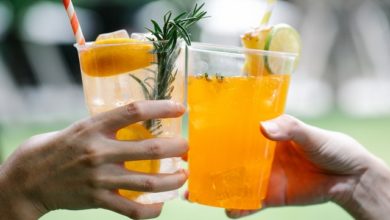